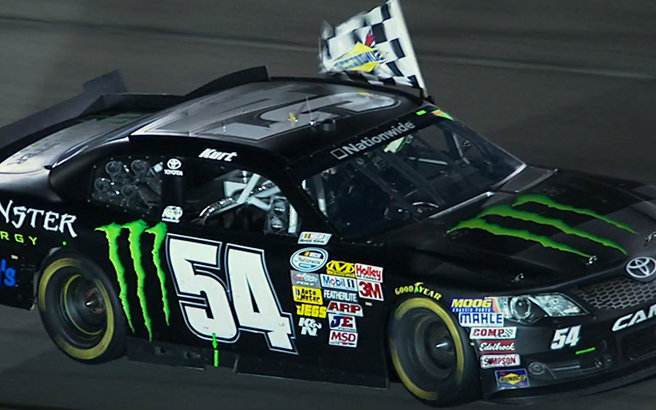 Kurt Busch, racing for his brother’s NASCAR Nationwide Series (one step down from the Sprint Cup Series) was able to get the first Nationwide win for his brother’s young team.  Sure it’s not a Cup win but, in his current position, a win is a win, and he should be happy about that…especially since the finish was close and epic.