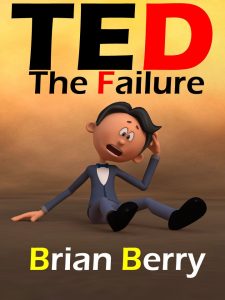 Ted did not sleep at all that night.  Stepping outside after one of his predictable morning routines, Ted walked into a wall of fog.   This was unusual, but for Ted this day would be slightly different anyway.  He was not going to work.  He was headed to the vaccination walk in clinic.  He was going to do his part to save his life, and those around him.  He was happy that he finally remembered to break his normal, going through the motions, routine.   He arrived at the vaccination clinic and was encouraged to fill out a form to the best of his ability and knowledge at the time.

Ted became perplexed when it came time to fill out his emergency contact information.  He had no friends, local or otherwise, to speak of.  His parents lived quietly on the other side of the country.  They wouldn’t be able to get here in time to help him if something did go wrong.  After some thought, Ted put down his father’s contact information in the end.  This way if Ted died from the shot, then his father would at least know about it.  Even if he couldn’t do anything to save him.

Then there was the do you think you might be pregnant? question.  “I’m not set up for that,” said Ted, very much out loud.

Ted met a friendly nurse who quickly, and cheerfully inoculated him.

“One down, one to go.”  Ted said, equally cheerfully.

He burst out of the walk in clinic, happier than he had been in a long time.  The fog had lifted.  It seemed that hope was on the horizon.  However, when Ted looked at the actual horizon all he saw were camps of tents circling the city.  Hope was definitely not on this particular horizon.

The city, in which Ted currently happened to live in, had a homelessness problem.  The city officials would find the most creative ways to ignore it.  First, they let the homeless live in the streets in the downtown core.  The idea was that they would be closest to opportunities to obtain work and subsequently not be homeless anymore.  The problem with this idea was that it increased competition amongst the homeless community.  They did not see each other as brothers and sisters.  Instead, obstacles to perceived happiness.  This created violence which the officials tried to hide, but could not.  This resulted in a severe drop in tourism, and a bad reputation for the city, even though these people were just trying to play life with the rules that were given to them.  The next option for city officials was to displace the homeless to the outskirts of town.  Simple tents were acquired and the homeless were bused out to the edge of town.  They were alll told tat it was the only affordable housing option available for them if they did not want to work.  These statements caused even more anger and violence.  The homeless felt even less valued by their own city.  Some did find jobs,  but due to inflation, and the perceived value of things going up all the time, those who were lucky enough to be employed were unable to chase their dreams.

The plight of the homeless did not go completely unnoticed, although this was the first time Ted had thought about it in quite a while.  The sweep it under the rug tactics of the media had apparently been working on Ted.  However, many activists had taken up the cause of the homeless.  They boldly called for the removal of capitalism.   The flawed, yet extremely popular, economic system was the cause for all of the problems in the whole world, forgetting that the utopian economic system of Communism can just as easily be flawed and manipulated to benefit just a few.  Ted would shake his head at the madness that unfolded freely on the internet.  The real solution, Ted thought to himself,  is being there for each other no matter what kind of economic situation you are under.  He took one last look at the tent filled horizon and wandered back toward the Temporary Work Agency.

Upon arriving there Ted saw a new sign at the entrance.

“All workers must have two shots of vaccine.  If you don’t, you will be unable to apply for any open jobs.”

The message was grim.  Ted still had a month before he could get his second shot.  He would not have a chance to work until that happened.  Convincing Lars not to evict him would be much more difficult now.  Ted turned on his heel and headed home.  If he wasn’t going to work today, he may as well enjoy his last moments in his apartment.