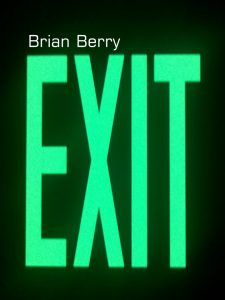 “Wake up Richard! You don’t want to be late for your wedding!” Baqui invaded the hut and roused Richard.  “Baqui, where is Olive?” he said.

“Olive has been taken hostage by the local women so that she can look her best for you.” said Baqui.

Richard became even more excited.  This was going to be a great day!  He stepped outside the hut, the air smelled sweeter than usual.  Perhaps this was due to his unusually high level of optimism.  Even if everything went wrong, he would still be married to Olive at the end of the day, and that was what counted.

He wandered out to the center of the circle of terror and stood there assessing the scene.  Yesterday, in this very spot tension filled the air.  Today the area would be used for a very different purpose.

The sun shone brightly and the air was crisp.  Richard watched as Pyorg of all ages began to gather around him.

For a brief moment the circle of merrymakers became shaped like the letter C as part of the crowd parted to make way for the chief.  It was he who would perform the ceremony.  He was all business, dressed in a regal white robe.  He placed a hand on Richard’s shoulder and steered him toward the opening in the crowd.  There stood Olive, radiant as Richard had ever seen her.  She walked toward him and his knees began to buckle.  The crowd moved closer together.

Baqui stood and moved beside Richard.  A woman Richard had not met previously stood next to Olive.  The chief moved between Richard and Olive and began to speak.

“Friends it is time for another marriage in the Pyorg Tribe!”  There was massive applause and cheering.  “We are gathered here today, mostly because you all know Olive in one way or another.  Some of you have gotten to know Venator, but he has not been with us very long.  Since he is new to Pyorg customs, I will give him a run down of his responsibilities before commencing the ceremony.”  Richard inhaled heavily.  “Venator!  What you are about to embark on is the most noble tradition in all of Pyorg culture.  We take marriage very seriously around here.  If you ever see fit to divorce Olive, thus shirking your responsibility to care for her in every way, well let me put it bluntly.  We will find you and remove from you everything that makes you a man!”  There was gasping from the woman, and another loud cheer from the men in the crowd.

Richard turned to Baqui and said “Does he mean everything I think he means?”

“Every disgusting image currently circulating throughout your brain will happen to you if you remove yourself from this sacred covenant you are about to make,” Baqui said solemnly .

Richard nodded. He didn’t need graphic details to understand what would become of him if he ever left Olive’s side.  Fortunately, he had no intention of ever doing that.

“One last chance Venator!” the chief broke in  “Are you ready to take on all of your responsibilities, to take care of Olive in every way, in every situation from this day forward?”

“Yes, I am,” Richard said confidently.

“Then I put it to you, Pyorg Nation!  Do you see any reason these two should not be bound to each other forever more, until death parts them?  You have seen what Venator can do as a provider in the last few days.” said the chief.

The crowd shook their heads.

“Hearing no objection from anyone in the crowd, and most importantly none from either of you, I now proclaim you responsible for each other!  You are now wed!” The chief cried.

Richard immediately kissed Olive amidst spontaneous jubilation.  He did not check to see if it was Pyorg custom to kiss after being proclaimed husband and wife, but Richard didn’t care.

“To Venator and Olive!” yelled Baqui, raising a glass.  Food was brought out and much merriment was extended from the afternoon long into the night.

Richard and some of the men left the celebration briefly to construct a new dwelling for he and Olive.  They worked efficiently and returned to the party within half an hour.

Richard suddenly wished that his parents and brother could have been there to witness such an event.  He had never been so happy in his entire life!  Wherever they were on Earth, he hoped they were able to be as happy as he was currently.  He wondered what they were doing.  Did they know he had stumbled upon this wonderful place?  No, they couldn’t have, he would have seen them here by now.  What would become of his job at the library?   No matter, he had a new, much better life here on Opposia.  He still wondered how his new wife would react if she found out he was literally from another world.  Perhaps, she would be alright with it.  He would tell her, they were married, there would be no more secrets.   Whatever consequences occurred, Richard would work through to the best of his abilities.  One thing was for sure, this conversation had to happen.  It should probably have happened earlier

At around what Richard thought to be midnight, as the celebration died down and the Pyorg returned to their dwellings, he took Olive in his arms and carried her into the new home they would share together as man and wife.

Little did he know, in his previous home, Richard was becoming a household name. For all the wrong reasons.